A few weeks back, we wrote a blog post to introduce you to the Burn Signal project. For the most part, it was well-received (🎉), but there were a few recurring questions and criticisms that we think are worth addressing.

I don’t want to burn ETH, so no one will vote.

The very fact that you don’t want to burn ETH is precisely what makes burning ETH a strong signal.

Burn Signal forces you to ask the question “how much do I value changing the outcome of this poll?”.

But for some questions, you might value changing the outcome of a poll enough to actually part with some of your hard-earned money and change it.

Because Burn Signal uses quadratic voting (QV), it optimizes for allocative efficiency. Meaning that you will only participate in a poll if you benefit from changing the outcome of the poll. And you will only burn as much value as you stand to gain in changing that outcome; however much or little.

A low voter turnout on a burn signal simply means that there are relatively few people that value changing the outcome of the poll. Which, in and of itself, is a useful signal.

How do you bootstrap it?

For you to value changing the outcome of a burn signal, you probably assume that its outcome will have some tangible impact on the real world. It might change the opinion of a core developer on an EIP, for example.

Why would you burn ETH in a poll if its outcome will not have some impact?

Similarly, why would your decisions be impacted by a burn signal with few participants and/or not much ETH burned?

The answer to both is “it’s relative”.

The beauty of this is that it can start small.

Let’s say you’re the first person to cast your vote in a burn signal. You’re unsure if anyone will actually listen to this thing, so you value changing the outcome to “YES” only slightly more than zero. Luckily, you can literally burn 1 WEI (plus the cost of gas) to signal your preference. So the cost to change the outcome aligns pretty well with your value in changing it.

Now let’s suppose that someone else with an opposing opinion, “NO”, sees that the current outcome is at odds with their opinion. They too don’t think there is much chance that the burn signal will influence the real world, so they only value changing the outcome slightly more than zero. They decide to burn 9 WEI (still close to zero value) to signal their preference and change the outcome to “NO”.

The YES:NO ratio is now 1:3 (because the vote weight is calculated quadratically).

Eventually, the core devs realize that they need to pay attention to the burn signal and it becomes obvious that its outcome could actually influence their decision-making process. At this point, the value of changing the outcome of the burn signal becomes much more tangible.

Recognizing that the burn signal now has some tangible influence, some users who are particularly invested in deterring the change start burning much larger amounts of ETH; tens, hundreds, even thousands of dollars.

You tap out after having burned a total of 0.01 ETH (about USD $2). You have an about the outcome, but you don’t care enough to burn any significant amount of money on it.

Note: Burn Singal uses BrightID as a proof that each voting account corresponds to a unique person within the context of the system.

With a vote weight of ~58% "YES" and ~42% "NO", the core devs conclude that, while there are a small number of people who strongly oppose the EIP, there is overwhelming support for the EIP form the ethereum community. They go ahead with the implementation and the ensuing hard fork goes off without a hitch. 🎉

Why not do 𝒙 with the funds, rather than burning them?

Broadly, there have been three types of alternate suggestions for what we should do with the signaling funds rather than burning them; lock the funds for some period, use the funds to create a profit incentive for participation, reallocate the funds to something useful.

We address each type individually below, but the main reason for burning the funds in the initial version of Burn Signal is for game-theoretic simplicity and to lessen the attack surface of the system. By ensuring that all ETH which goes in cannot come out, we greatly reduce the possibility of a malicious actor exploiting the contracts to gain profit or disproportionate influence over the outcome of burn signals.

Why not lock the funds?

For those who already own and are planning to HODL their ETH for at least as long as the lockup period, the cost is almost zero. For someone who would normally cash out their DAI earnings to pay their rent and buy their groceries, the cost is reduced short term buying power.

In this case, voting would disproportionately favour those with the greatest tolerance for locking their ETH; wealthy HODLers, because their cost for participating in the vote is practically zero.

Conversely, if users have to burn ETH to vote, then the value tradeoff is equivalent for all participants.

Why not create a profit incentive?

This suggestion is usually something along the lines of, why not reward the winners and punish the losers by paying the winners the losers’ money.

This is essentially a prediction market. It is a great way to incentivize information sharing, has some awesome potential application, and some talented teams that have been working on it for at least the last few years; Gnosis and Augur.

Burn Signal asks fundamentally different questions, like “should x happen?”. Questions about preference, rather than prediction.

If you were to create a prediction market-like incentive for answering these questions, they would be self-referential. The incentive would be to vote with the outcome most likely to win, keynesian beauty contest, rather than to signal your actual preference.

Why not reallocate the funds?

Actually, we would love to reallocate the funds. Burn Signal was originally designed as part of a mechanism generating funds to be allocated to Ethereum public goods. But a necessary first step to allocating funds is having funds to allocate. As such, we decided to break the project up into two parts; the fund collection mechanism, Burn Signal, and the fund allocation mechanism, currently called Cl(ea)r Fund.

As mentioned above, we decided to burn all of the funds initially for the sake of security. If Burn Signal turns out to be a success and enough funds are being burnt to justify the cost of building a fund allocation mechanism, then we will kick-off phase two and start building Cl(ea)r Fund; a decentralized CLR to which we would route burn signal funding.

One important thing to note is that all funds burned before the fund allocation mechanism going live will remain unspendable. There will deliberately be no upgrade path for the contracts holding those funds to minimize the attack surface on the contracts in phase one.

Another important reason for not immediately reallocating funds is that we need to battle test BrightID before it is responsible for any fund allocation.

If you have any comments, criticisms, or other feedback, we would love to hear it! Tag us on twitter at @BurnSignal and let us know your thoughts.

Get the latest posts delivered right to your inbox

Burn Signal can’t solve all of Ethereum’s problems, but it most definitely can help to solve how we solve those problems. 🔥 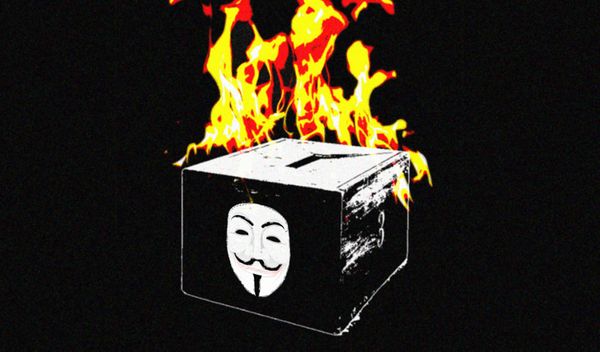 Burn Signal is an experiment in distributed preference signaling where users burn ETH to signal their opinion.

Stay up to date! Get all the latest & greatest posts delivered straight to your inbox